I have been a resident at Brimhay Bungalows and tenant of South Devon Rural Housing for 30 years. Over that time I have seen a great deal of change. When I originally came to live in my bungalow SDR provided support in the form of a Warden who looked after the interests of residents. I would say that SDR have always been approachable and have completed repairs and improvements to my bungalow over the years. I recall that SDR were talking of improving the bungalows in the 90’s but for one reason or another nothing happened.

I love my bungalow and love living on Brimhay. Yes if I had the choice I would certainly want to stay in my bungalow for ever, but I understand the reasons that SDR need to do something about them.

SDR have consulted with me fully on their proposals for Brimhay and whilst I would like things to stay as they are, I accept they need to make decisions to sort things out. I am pleased that I have been given the opportunity to move into the new flats, which I am sure will be more comfortable than my bungalow.

In the years that I have been here I have always considered the space around Brimhay bungalows as private for the use of Brimhay residents. The open areas have been for the use of residents who mainly just sit on the benches on the lawns.

I am not aware of any public events taking place in the last 10 years at least. I know from various letters from SDR that they regard them as private and have tried to restrict people using anything other than the footpath through the site.

I will say that Don’t Bury Dartington Under Concrete do not represent my views and I did not sign the petition against the planning proposal put forward by SDR. 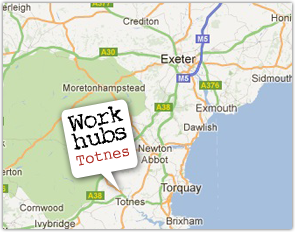